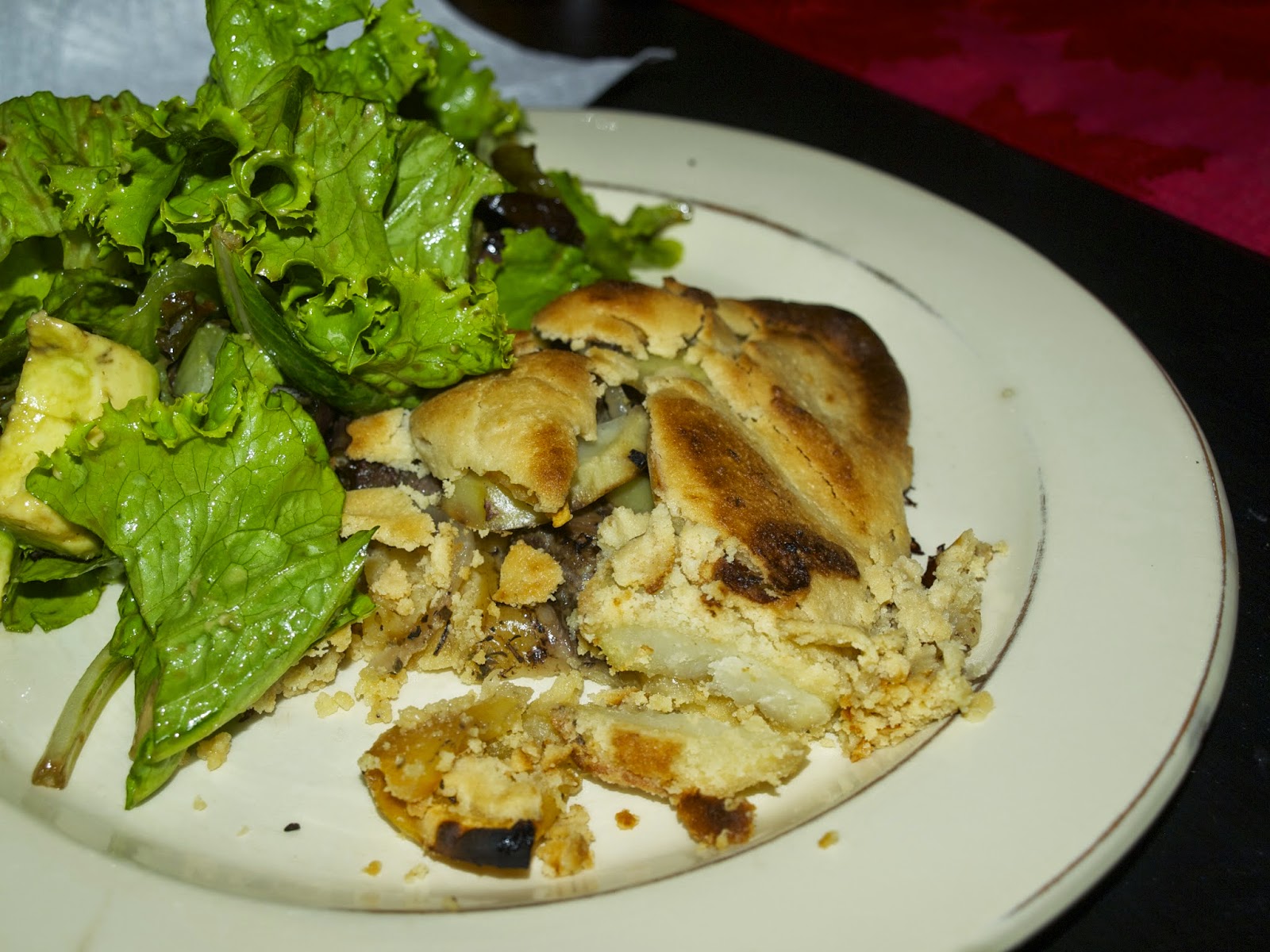 When I asked my husband what he wanted me to make for Christmas dinner his first reply was..."whatever you want."  Darn I was hoping for a little more help and discussion but then about a minute later he said..."wait, when I was a kid my grandmother from Michigan used to make these amazing things called Pasties and we all loved them, basically they are just meat pies but there was not a thing that my grandma would make that anyone liked except her Pasties." We decided to give it a try this year and make a gluten free version.  Little individual meat pies sounds awesome and comforting to me.  It is so nice to live in a climate that inspires me to make comfort food again.  After 3 years in St Thomas we are all so happy to be in a colder climate where Christmas really feels like Christmas!!  So the planning began and the menu for Christmas dinner was set.  To my surprise these were amazing!!  The weren't as pretty as a non gluten free Pasty but OMG this was one of the best Christmas dinner I have ever made.  I even tried it with ketchup...one of the Irwin family stables.  Too funny but wow super good!
For the Crust
Ingredients:
Instructions:
Filling
Ingredients:
Instructions:
Print Recipe.
Email ThisBlogThis!Share to TwitterShare to FacebookShare to Pinterest